Jackpots are what we all aim for when playing an online casino game. Jackpots are simply large sums of money that form part of a final prize when players are lucky enough to land specified combinations of symbols, numbers or card values. These jackpots can be huge and can range from just a few hundred dollars into millions of dollars, particularly if you are playing a progressive jackpot game. There are many different types of jackpots available and these can be found across a wide number of games. Keep reading this article to find out all you need to know about finding, winning and claiming a jackpot prize when playing online casino games.

WHAT IS A PROGRESSIVE JACKPOT CASINO GAME AND HOW DO THEY WORK?

Progressive jackpots are the prizes that most players want to claim when playing online. This is because unlike most regular jackpots, progressives aren’t fixed. This means that the jackpot will continue to get larger. As more people play the game and place their bets, a small percentage of the bet is taken and added to the pot. Some progressives are linked via local networks only, which means that while they still grow, they don’t reach the dizzying heights that jackpots linked on global networks can reach. With a global network in place, thousands of players can play the game simultaneously, all contributing to a prize pool that can really grow to epic proportions. 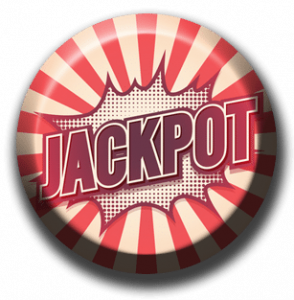 THE MOST POPULAR JACKPOT CASINO SLOTS

Though there are numerous progressive jackpot slots out there, there are some that really stand out from the crowd. One of the top progressive games in the world is Microgaming’s Mega Moolah. This game is a fun, bright cartoony game with a theme of African animals. Despite its fun attitude and slightly fewer bonuses than other options, this game has the distinction of having the highest payout win in history – a whopping £13.2 million paid to a UK player. A game that runs as a close second is NetEnt’s Mega Fortune. This game is all about luxury and opulence, with reels filled with expensive items you could buy with your potential winnings. Like Mega Moolah, this game has paid out multi-million wins on numerous occasions and continues to be hugely popular because of it. Other games of note include Joker Millions and Hall of Gods, though neither has offered quite the same huge prizes as the other two games have offered on a regular basis.

When it comes to lotteries, New Zealand has a fair few national games at its disposal. The biggest of these is the Lotto, which has a massive top prize of $4 million. There are other lottery games available too, with a Keno game that offers four draws each day. Tickets vary depending on the game you play and matching ten numbers on a $1 bet can score you $250,000, though there’s a top prize of $1 million if you play with the top bet. There’s a Bullseye game that plays every day too and has top average prizes of $180,000. Instant Kiwi is the final option and comprises of various scratch cards and other games, with $10 tickets reaching prizes of $250,000.

As most online gaming sites are internationally based, NZ players are able to access a range of international lotteries too. Some of these top lotteries come from the US, where players can join in on the likes of the Powerball and Mega Millions. Both of these can go into the hundreds of millions of US dollars, especially if they keep on rolling over without a winner. Slightly closer to home is the Oz lotto, which can also reach millions of Australian dollars and has paid out as much as 111 million AUD. Heading into Europe, there’s also the Euromillions, where lucky New Zealand players could enjoy a minimum jackpot of 17 million euros. 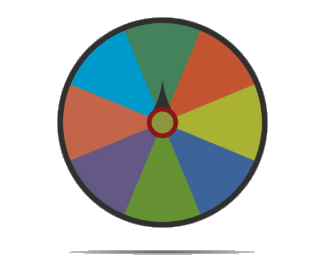 The chances of winning a progressive jackpot game are lower than normal. These games tend to have a low hit rate, which means that the big win does not come around often.

Most of these progressive jackpots will have a hit rate that occurs every three to six months, so players that are paying attention to when the last win occurred can make an educated guess about when the next win might be.

As for additional details, when playing progressive slots, the likelihood of a win will also come down to the RTP of the slot, in-game bonuses and the amount you place as a bet. Lotteries are a little more complex and will simply come down to luck of the draw.

WHAT HAPPENS IF YOU WIN A JACKPOT CASINO GAME?

If you are lucky enough to win a jackpot, it will depend on the casino as to how you receive your payout. Some casinos will pay you the lump sum, others won’t.

The same is true for the lotteries, with some paying out the final amount in instalments over a few months or so. With this in mind, it’s best to check out what the rules are when it comes to payouts of this size so that you are not disappointed to not receive all your winnings in one go.

Remember, it’s also important to check whether this money is eligible for taxation or not, as you may have to declare these winnings to the government.